Casumo online casino has boosted two of its most popular games with the all-new Megapays feature. Offering big progressive jackpots to lucky winners, this feature is sure to get New Zealand players excited. Progressive jackpots are unique in that they can get bigger over time. As more players join in the fun of these games, part of their stake will be added to the prize pot. Eventually, a lucky winner could walk away with a huge jackpot prize.

Players can now play these exciting new games at Casumo. Before you start playing, you might want to check out the full details of each game. Both Bonanza and Who Wants to Be a Millionaire were already hugely popular casino games. With the added potential of a progressive jackpot, there are even more reasons to play. 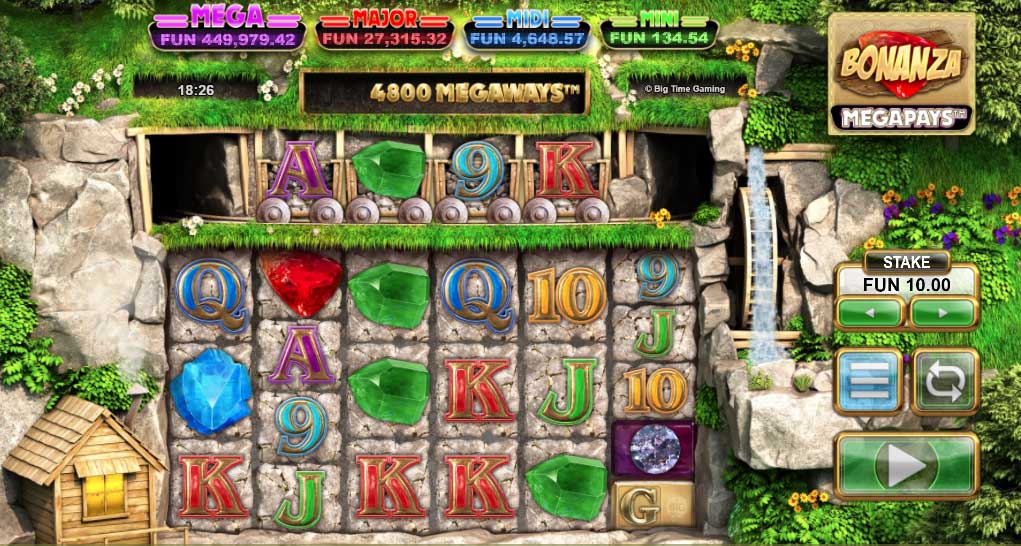 Bonanza is the original Megaways slot from Big Time Gaming. Although it was released in 2016, it’s still hugely popular even today. Big Time Gaming has released this new version of the game that’s packing some huge progressive jackpots. The game uses the same layout and rules as the original slot, but it does include a special bonus round where one of the jackpots can be won.

At the start of the bonus round, a symbol is chosen at random to be the Megapays symbol. Each time this symbol then appears, it’s collected at the bottom of the reels and adds another spin. If the symbol doesn’t show up in successive spins, then the round is over. The number of symbols collected will determine which jackpot is won, with four awarding the mini while fifteen or more awards the mega jackpot.

Who Wants to Be a Millionaire Megapays

Who Wants to Be a Millionaire is a classic game show that was one of the most popular shows on TV when it first aired. These days, it’s better known by casino players as the Who Wants to Be a Millionaire slot from Big Time Gaming. Now, the developer has upgraded its classic game with the Megapays format, offering big progressive jackpots to lucky players.

Just like in the game show, players could potentially become a millionaire from playing this slot. The game works just like the original Who Wants to Be a Millionaire Megaways slot. However, a percentage of every player’s stake will go to the four jackpots each time they spin. The Megapays bonus round can trigger randomly on any spin, giving you a chance to win one of these progressive prizes.

When the Megapays bonus starts, a symbol will be chosen at random as the Megapays symbol. Each time this appears in the following spins, it will be collected and adds an extra spin. Failing to land the symbol will mean the round is over. The number of spins collected will also determine which jackpot is one. Four to seven symbols unlock the midi jackpot, which starts out at $100. There are also the midi, major and mega jackpots, which start out at $1,500, $20,000 and $300,000, respectively.